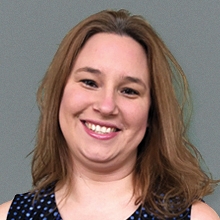 Shelley joined TelForce Group in 2019 as the Director of Human Resources in our corporate Nashville office.  Before TelForce, Shelley worked for Southpoint Risk as their Accounting and HR Coordinator.

In her current position, Shelley manages TelForce Group’s HR Functions in addition to assisting the President of TelForce Group in day-today operations.  Shelley’s experience in human resources and financial operations is what makes her a valuable asset to the TelForce team.

TelForce Group LLP is a Native American Indian-Minority-Owned Business Enterprise founded by Ron Deese. TelForce can help you reach your MBE requirements with your client partners – call us for details.